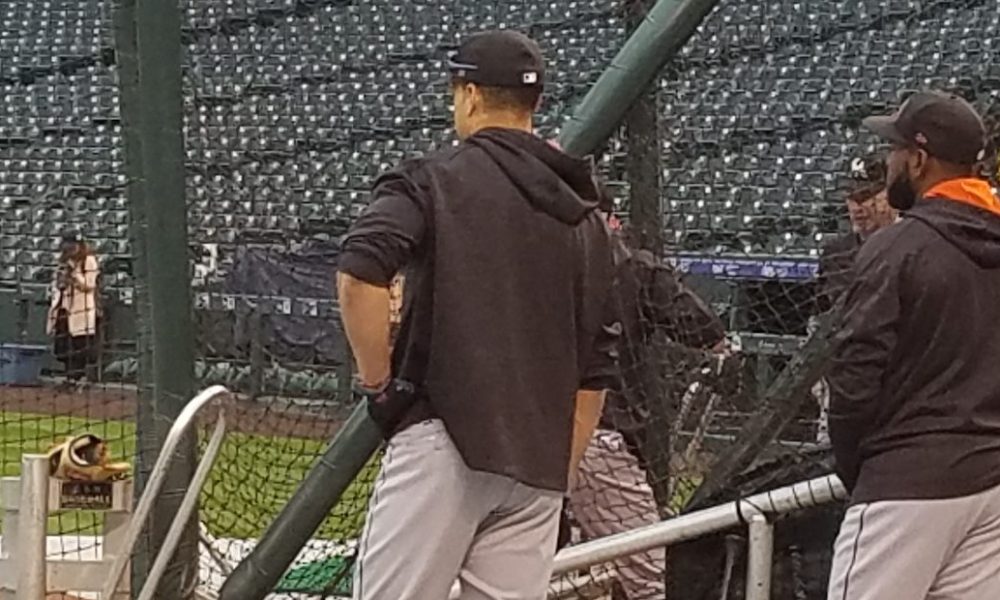 By Manny Randhawa for Sports on Earth

Giancarlo Stanton’s baseball history began with photographs of a man he’d never met and had no relationship to, which were prominently displayed in his home as if this person was a member of the family.

“My mom really liked Roberto Clemente, which is why I did,” Stanton told Sports on Earth. “She wasn’t into baseball, but it was more the Puerto Rican heritage. Not being able to see him play, and I was a kid, you only really know what’s in front of you for the most part. But I started looking at him closer when my mom had pictures of him around the house.”

That house was about a 20-minute drive from Dodger Stadium, where Stanton’s father, Mike, would often take him. What was in front of Giancarlo on those occasions included the great sluggers of the era, such as Barry Bonds and Mark McGwire, who would soon break baseball’s single-season home run record twice in the span of three years.

“Stanton” and “baseball history” have been used in the same sentence quite a bit lately, and for good reason: the 27-year-old Marlins slugger has hit 59 home runs in 2017, becoming just the sixth player in history to reach that total in a single season.